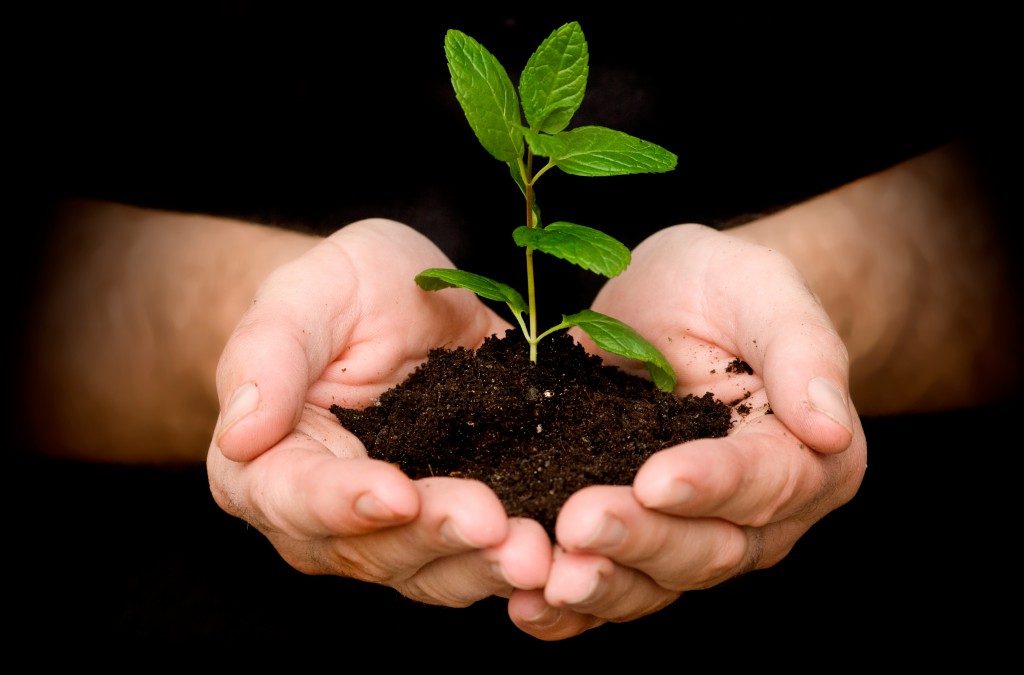 Historically, intentional replantation was deemed a treatment modality with limited success and a “plan Z” treatment consideration. In reality, intentional replantation is highly predictable and should be considered before condemning select teeth as having a “hopeless” prognosis (1, 2). From a biologic perspective, removal of the apical segment of the tooth along with the attached granulation tissue, retro-sealing with bio-ceramic putty and reinsertion of the tooth into its socket should ostensibly minimize rejection. The procedure mandates atraumatic removal of the tooth, extra-oral retro-section of the apical segment, retro-preparation and retro-sealing all the while, bathing the tooth in an isotonic solution that preserves the PDL. Reinsertion of the tooth in its socket and manually compressing the bone (after determining the tooth is out of occlusion) will suffice to facilitate reattachment. Often, splinting is not required, as the tooth demonstrates limited mobility minutes after replantation. 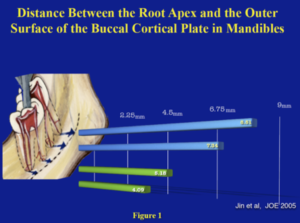 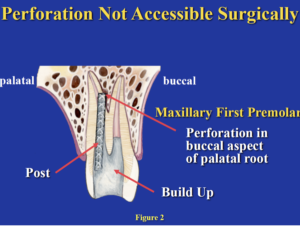 Case Selection: The tooth must be extractable without fracturing any of the root structure. Teeth with fused roots are good candidates for extraction; however, they will often require a splint to stabilize them after replantation. A splint can be as simple as placing 2 sutures either straight across the occlusal surface of the replanted tooth or crossing the tooth like the letter X. A more rigid mechanism is provided by GlasSpan Splint (GlasSpan Inc., Exton, PA) which is a hollow fiberglass rope filled with flowable composite which is placed into a groove connecting the tooth being extracted with a proximal tooth. The perfect candidate for replantation is a tooth with relatively straight roots and a substantial volume of inter-septal bone. These teeth can be removed easily and when replanted will not need to be splinted. Splints should be avoided if possible, as they can promote replacement resorption which could lead to failure. Teeth with dilacerated roots are not suitable candidates for replantation (Fig 3). 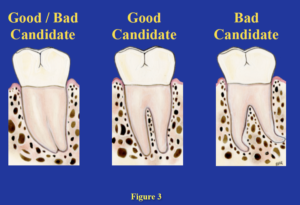 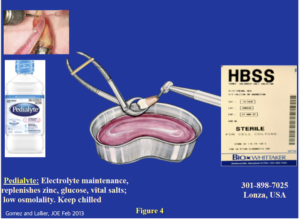 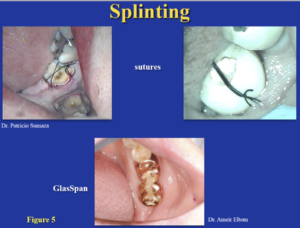 Intentional replantation has been written about for years in various dental journals; the degrees of success reported have shown a wide range. Torabinejad did a systematic review of articles from 1966 – 2014 and came up with a success rate for intentional replantation of 88% (7). With this in mind and by following the above mentioned protocol, logically, replantation should not be considered a procedure of last resort. Rather it should be recognized as a viable solution to preserving a natural tooth (Figs 6,7). 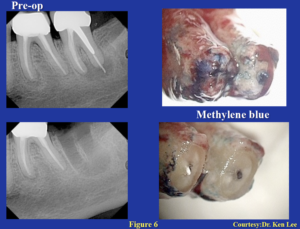 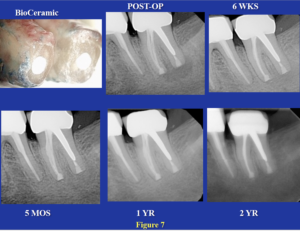